Showing posts from November, 2006
Show all 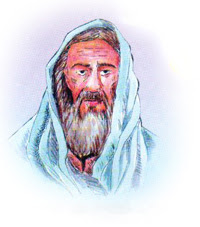 His name was Jundub Ben junadah from the tribe of Ghaffar. He was a companion of the Holy Prophet (s.a.w.w) who has said, “There is no man on this earth more truthful than Abu-Dhar.”Abu-Thar never worshipped idols in his life. When he heard news of the Prophet (s.a.w.w) Abu-Thar came to Makkah to meet him. He waited in the mosque the whole day until Imam Ali (a.s) passed by and seeing that he was a stranger in Makkah took him to his house. When Imam Ali (a.s) found out the purpose of Abu-Thar’s journey, he personally took him to see the Prophet (s.a.w.w.).Abu-Thar spoke with him and paid his allegiance to Islam. The first thing he did after becoming a Muslim was to go to the Holy Mosque and shout out “There is no god but Allah, and Muhammad is His Messenger!”When the Mushrikeen heard him, they beat him until Abbas the Prophet (s.a.w.w)’s uncle saved him. He kept coming back and did this for 3 days!The Prophet (s.a.w.w) then told him to go back home and preach Islam there. His brother…
1 comment
Read more

November 07, 2006
Whenever a renovation undertaking upstairs, especially when they drill, do not be at the same position downstairs, it might kill you! (Brengset!!*%^&*#&$) (Thinking: who is the real idiot? mmmm) (The idiot: the one who are too slow doing the renovation at the most important place in the earth, without concern to the public safety, and when we point to the mistake, they are to idiot to understand!) Astaghfirullah.......
Post a Comment
Read more